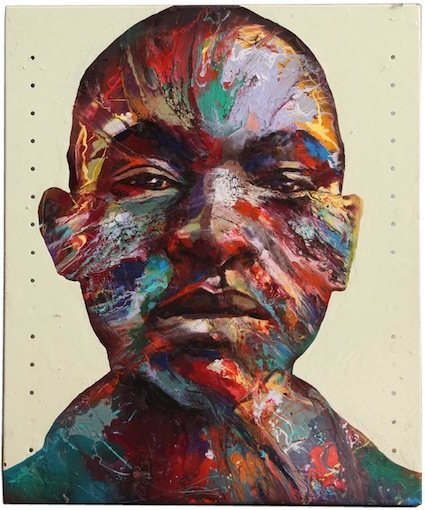 How can you prosecute a man hanging on a lifeline from an infectious disease? According to news reports published last week, that’s precisely what Liberia vowed to do to Thomas Eric Duncan — the first patient diagnosed with Ebola while on US soil — if he ever made it back to the country. Duncan died on Wednesday from Ebola related complications.

His tragic demise should represent a prick on the conscience of those who threatened prosecution. This is the same kind of insensitive scaremongering that has driven people underground, afraid to cooperate with authorities. With more than 3,000 Ebola-related deaths reported, double the number of infections and no indication of the outbreak abating any time soon, inflammatory statements about criminalizing Ebola only make matters worse.

Though the backstory of Duncan’s case is still unfolding, there was an underlying and perhaps faulty assumption that he knew about his Ebola status and deliberately lied on his exit form. In actuality, Duncan was not symptomatic when he passed a temperature screening at the Liberian airport on September 19.

If Duncan had not made it on the Brussels Airlines flight en route to Dallas, he probably would have become one of the nameless, faceless victims of Ebola. These days, only non-Africans with the virus seem to garner enough attention to warrant evacuation, their names somehow synonymous with heroism. Yet, international hysteria about Duncan’s diagnosis obscured the fact that this Liberian man risked his life — knowingly or unknowingly — to save a fellow citizen.

According to news reports, in mid-September Duncan helped transport his 19-year-old neighbor to the hospital after she began convulsing from stomach pains attributed to her pregnancy. Before traveling to the US, he was filling a void that West African governments and international actors have yet to fill in responding to healthcare emergencies in Liberia, Sierra Leone and Guinea — the three countries in Ebola’s tight grip.

If there were enough ambulances in Liberia, perhaps Duncan would not have hauled his neighbor’s rounded swollen body out of a taxi to the nearest healthcare center.

If there had been enough space at the facility, Duncan and his neighbors would not have had to repeat the same selfless act to return the woman back to her house, where she died hours later.

If there had been enough medical labs in Liberia, perhaps Duncan’s neighbor would have been diagnosed with Ebola before he boarded a plane to the US. No evidence has been presented thus far that she was ever tested, before or after her death.

When Duncan realized that he had developed Ebola-like symptoms while in the US, he went to a hospital and was told to go home and take antibiotics for a ‘low-grade fever.’ The nurse on duty apparently did not send the information through the proper channels, even after Duncan admitted he had travelled from West Africa.

Duncan’s diagnosis and death are a clear indication that severe gaps still remain in the containment of Ebola, on both sides of the Atlantic. The only way to avoid another mishap of this magnitude is to expand the ambit of care and tighten up reporting mechanisms. This will require in equal measure the ‘staff, stuff and systems’ to which Dr. Paul Farmer of Partners in Health (PIH) often refers.

Although building more Ebola treatment units in the affected countries is important, high blood pressure, malaria, pregnancy-related complications and typhoid continue to go untreated. Medical personnel and equipment are urgently needed to support entire healthcare systems, not only for Ebola. Doctors, nurses, epidemiologists and public health practitioners should be arriving in droves in Liberia, Sierra Leone and Guinea, to supplement the valiant efforts of local women and men — like my aunt, Aundrey Blamn, a nurse at JFK Medical Center; close friend Dr. Nowiah Gorpudolo, an OB/GYN at Redemption Hospital; and colleague Dr. Moses Massaquoi, who serves on Liberia’s national Ebola taskforce. For the countless healthcare workers who risk their lives on the frontlines, administering care to the sick is not a cerebral exercise. It is a compulsion, and they must be equipped with adequate personal protective gear, insurance and compensation to go the distance.

Because hospitals and treatment centers continue to be filled to capacity, governments and international actors must work with local media — particularly radio stations — to disseminate information in real time about the accessibility of healthcare facilities across the three countries. There is nothing more deflating then bringing a patient — whether Ebola-related or non-Ebola related — to a hospital and being turned away because there is no room at the inn.

And if public transportation is indeed a vector of Ebola, countries at the epicenters of the outbreak need to devise a system in which taxi and motorbike drivers can swiftly disinfect vehicles suspected of carrying Ebola patients. Since ambulances are scarce, transport operators need to be enlisted as allies in anti-Ebola efforts, as they ultimately provide a public service that governments cannot.

Duncan’s untimely death has reminded us that the only appropriate response to Ebola is urgency and sensitivity. Now is certainly not the time for demonizing or prosecuting anyone.

Robtel Neajai Pailey is an academic, activist and author based at SOAS, University of London.

A draft of this piece was originally published in The Huffington Post.