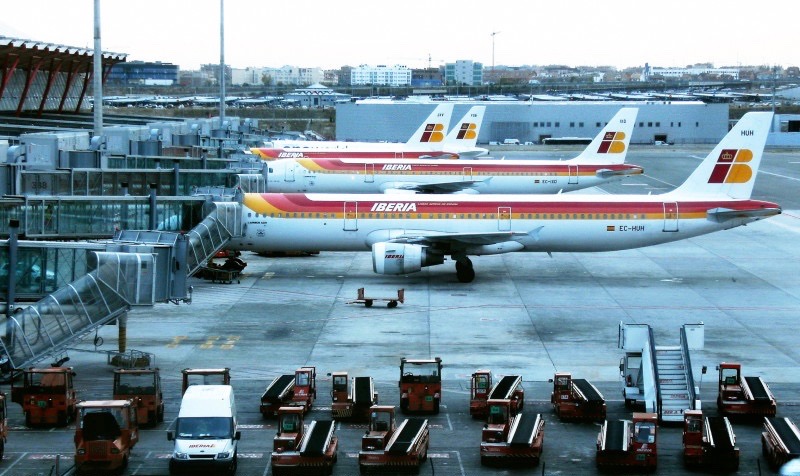 I thought I’d become immune to the indignities of travelling with an African passport, but an encounter last month proved me wrong.

After a series of meetings in Dakar, I travelled back to London via Madrid on a red-eye Iberia Airlines flight. Disembarking from the plane in Madrid in the early morning hours, I got separated from my white male European colleagues—an Austrian and Brit—and was directed by a stern-looking Spanish security agent to the ‘RSU’ section of the airport to await a connecting flight to the UK. The flashing information screens designated ‘HJK’ as the lounge area for my departure, however, so I resolved to go there.

In the surprisingly empty ‘All Other Passports/Non-EU Citizens’ line, I approached two immigration officials dressed in dark uniforms wearing looks of disapproval. One of the officers, a bearded man with a cropped haircut, directed me to the ‘RSU’ section of the airport. It was way too early in the morning for mishaps, so I tried to explain in my very broken, secondary school Spanish that according to the departure screens mounted in the air like flying saucers, I was supposed to be at the ‘HJK’ gates instead.

Visibly annoyed, the bearded man flipped through the pages of my passport and informed me that I was clearly in the wrong place. He scribbled ‘RSU’ at the bottom of my boarding pass and motioned for me to go back from whence I’d come.

Confused, I felt like a child who had been unfairly scolded. This man had no doubt seen the blue Schengen visa in my passport, which was valid for another seven months. By law, I was not only authorised to transit through Madrid but I could have gallivanted around Spain if I so chose. Nothing should have stopped me from passing through that immigration threshold undeterred.

I walked through the winding airport corridors to ‘RSU’, found an information counter and asked the cheerful woman at the booth which gates generally served London flights. She directed me to S48, but I was still unconvinced. When I received an e-mail alert from Iberia announcing H8 as my departure gate, I finally felt vindicated.

Moments later, however, the gate changed to S48, where I observed that the dozen or so passengers milling around were all black, all African. Suddenly, a petite woman barked at us aggressively, “Hurry, because you are going to delay our flight!!!” We had been sitting patiently for at least 15 minutes waiting to board the plane, so her outburst seemed misplaced. We were led down a nondescript stairwell to a bus, and the driver meandered through the airport tarmac with a succession of sharp turns. The whole thing felt eerie and clandestine at the crack of dawn, as if we were smuggled contraband.

The next few minutes were a whirlwind of clumsy movement and activity. The flight attendants herded us into the aircraft like cattle, insisting that we quickly prepare for departure. Confronted with limited overhead storage and a cramped aisle passage, we struggled to stash our luggage and find assigned seats swiftly. I caught a glimpse of my British colleague, and whispered that I had no idea what was going on. I also noticed the sea of mostly white faces staring back at me in confusion.

Then it hit me like a forceful blow to the head.

The Spanish authorities had deliberately erected two access points to the aircraft at diametrically opposite ends of the airport: one for people who looked like me (S48), and the other for people who looked like my colleague (H8). I felt rage and sadness first, followed by amusement. It seemed both appalling and laughable that they would go to such lengths to demean us, especially when Europeans generally travel effortlessly to and through Africa with their humanity intact.

Novelist Taiye Selasi gave an interesting TED talk about how our nationalities should not define how we engage with the world and how the world engages with us. Nina Glick-Schiller, a prominent migration scholar, previously took the argument further by arguing that academics should refrain from practicing what she calls ‘methodological nationalism’ by privileging the Westphalian nation-state as the sole unit of critical analysis.

But no matter how much we believe nationalities are social constructs that keep certain people in their place, we can’t escape migration regimes sanctioned by nation states. We can’t ignore geo-politics that rank countries along tiers of importance, in which the unconscionable actions of some nations appear more legitimate simply because they have economic and military might. We can’t dismiss mobility restrictions that deliberately humiliate one group while honouring another.

Truth be told, the age-old desire for movement is under threat more than ever before for Africans and some non-Africans alike. Muslims across the globe have understood for decades that even a Western passport does not shield one from explicit profiling or proposed bans. And as much as I’d like to be considered a ‘human being’ first, inside and outside of international travel, my Liberian passport and all the social qualifiers that come with it—my race, gender, class—will continue to determine how I experience the world.

Yet, I neither pledge allegiance to the 50 stars of the United States nor genuflect to the queen of England, so the world must also engage with me on my own terms. Call me impractically defiant or defiantly impractical, but I don’t think I should have to change my nationality to travel with dignity. I simply will not.

Instead, it’s the built-in biases of international migration that must be interrogated. Not my passport.

Mobility is my birthright.

Robtel Neajai Pailey is a Liberian academic, activist and author of the anti-corruption children’s book, Gbagba. She currently serves as a senior researcher at the University of Oxford’s International Migration Institute.

This piece was originally published on the Africa Is a Country blog, as part of a new series of commentaries, articles, and artwork about the vicissitudes of carrying an African passport—inside and outside Africa. Our hashtag is #TravelAfrican. Send your visual and written reflections of no more than 750 words to travelafrican@africasacountry.com